Doctor of obstetrics and gynecology 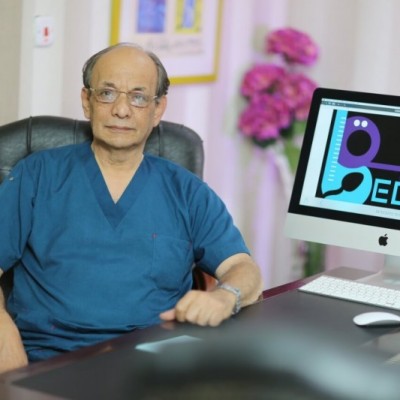 Professor Sherif’s love for his career and specializations motivated him to accomplish great and amazing things during his 35 years of experience. He was the founder of major IVF centers all over Cairo and the leading of gynecology and fertility science in Egypt and the entire Middle East.

Doctor Sherif Khattab studied surgery and internal medicine at Cairo University and graduated in 1974, but he never stopped at this point and went beyond to obtain a Master’s degree in 1980 followed by M.D in obstetrics and gynecology from Cairo university in 1984.

What has dr. Sherif established during his career life?

The doctor started by creating an IVF unit at Mahmoud hospital in 1998, and he continued to spread his knowledge and help families by founding the Urodynamics and Urogynecology unit at the well-known Egyptian hospital of Kasr El-Einy hospital in 2006. In 2010, he founded the ART and IVF unit at the same hospital.