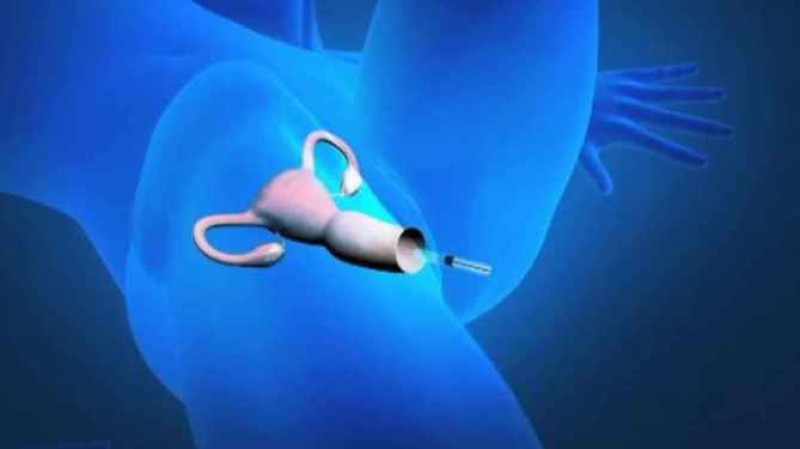 IUI stands for Intrauterine Insemination, and sometimes it is called artificial insemination (AI). it is one of the techniques of Assisted reproduction and infertility treatments. The process depends more on the natural fertilization in the uterus. A sperm sample obtained through normal ejaculation from the male partner is processed. Selected sperms from the sample are after processing injected directly into woman's uterus to fertilize her egg (or multiple eggs) normally. IUI relies on natural fertilization more than any other form of ART.

If the male partner’s sperm cannot reach the egg due to a minor form of motility weakness, this procedure is perfect for them. This procedure makes the total distance the sperms must travel shorter. They now instead of having to reach the fallopian tubes to fertilize the egg are put inside the uterus for the egg to come to them. The sperms are injected around the female’s ovulation time. The female’s egg (or eggs) could have went through a natural cycle before ovulation or the female may have been given some stimulating hormones to increase the number of eggs.

Who should have IUI?

IUI in Infertility due to male factor

IUI could be a great treatment for infertility in patients who suffer from infertility due to a male factor. Male sperm is evaluated in terms of;

These three factors must all be within certain numerical limits to have a chance to fertilize the female oocyte (egg) naturally. If there is a minor deviation of the above factors IUI could be the solution for the couple’s infertility problem.

Good quality sperms are selected and separated from weak, abnormal ones and this enhanced sample is injected in the female partner’s uterus.

seminal plasma hypersensitivity usually referred to as Semen allergy is something you probably never heard of. It is an uncomfortable situation where the female forms an allergic reaction to proteins found in the male semen. Tis allergic reaction can cause redness, itching, swelling, pain and sometimes it gets so bad that intercourse becomes a burden. An option for couples with this problem could be an IUI.
IUI allows doctors to remove any liquids containing proteins surrounding the sperms before injecting them in the uterus.

Some women who struggle with infertility due to ovulation problems such as lack of or irregular ovulation (PCO patients) can consider doing an IUI as an initial step before undergoing other more invasive ART treatments.

How do patients prepare for IUI process?

There are some minor preparations for both male and female to go through before undergoing IUI.

A couple of hours prior to the procedure a semen sample is hand over to our laboratory. Prior to producing the sample there should not have been intercourse for at least 48-72 hours. The semen is washed in our laboratory and abnormal sperm cells are separated from healthy ones with good quality. This helps increasing the chances of pregnancy since you return a high concentration of sperm cells per ml with good quality.

Visits our clinics on day two of her menstrual cycle, an ultrasound sonography is done, and her doctor decides if she will continue monitoring her ovulation naturally or if some stimulation medication is required. Over the next 10-20 days she will come to the clinic for an ultrasound to monitor the growth of her oocyte (egg) when the doctor deems it right an injection to reproduce the natural LH surge is given for a timed ovulation. Approximately 24hours after this injection the male’s semen sample transferred into the uterus with a catheter.

IUI consultation visits takes about 10 to 15 minutes. The doctor explains the procedure and what is required from the couple. The IUI procedure itself takes less than 5 minutes and requires no pain killer or sedation.  Here are the steps you are going through during IUI:

Sometimes after the IUI procedures, the doctor prescribes progesterone which is taken as a vaginal suppository.

After a week of the prescription, you might get asked for progesterone and estrogen serum level tests, but this is not done in all cases that undergo by IUI.

Any surgery or medical procedure has some risks. IUI is a safe and simple process that has no health risks, however in some cases, patients mentioned symptoms of infection after the IUI. That is why it is important to choose a hygienic clinic for your IUI procedure. Bedaya Hospital has an entire department devoted to infection control, so you do not have to worry about risk of infection or your health.

In some cases, the stimulation medication/hormones may develop something called Ovarian Hyper Stimulation Syndrome (OHSS), this is very rare, and you will be taking these stimulants under our doctor's strict supervision.

IUI has raises the chances for pregnancy to around 35% per cycle and is considered an effective noninvasive ART. Pregnancies resulting from an IUI procedure proceed normally and are no different from pregnancies that happened naturally.

ICSI has higher success rates than IUI but is a more difficult procedure with more medication, higher costs and longer preparation time. Which of the two treatments is suitable for you depends on the variable factors of your infertility problem.