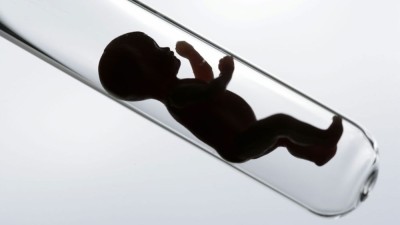 The main purpose of the different fertilization methods (eg IVF and ICSI) is to help the couple achieve their dream of childbearing and family formation. The procedure is usually used to solve many problems related to infertility
• Menopause
• Unknown late pregnancy
• Poor sperm quality of the husband and inability to fertilize the egg
• blockage in one or both tubes as a result of a disease or a result of a previous uterine operation)

What are the steps of the IVF process?

The steps of the IVF process are pided into five main stages:

Where it is necessary to carry out the operation of the IVF, many of the preparations, including
Before starting to clarify these procedures, you must first choose the most appropriate hospital to carry out the process of the IVF, where the hospital should be characterized by a team of highly experienced and skilled and be equipped with the latest technology complex to ensure the highest success rates for the process of IVF

The doctor will perform a vaginal sonar so that he can know the condition and the condition of the reproductive system of the woman and ask her some questions to know her patient history.

The wife performs some tests during the menstrual cycle, which is determined by the doctor based on the wife’s condition and these analyzes:
o Liver and kidney function tests
o Antibody analysis
o Analysis of hemoglobin and hematocrit
o Hormonal analyzes such as FSH, LH, TSH, Prolactin
• Choose the appropriate treatment protocol.
The treatment protocol differs from one condition to another, which is determined by the treating physician where there is a long-term and short-term treatment protocol so it is advised not to compare the case of each woman with another woman.

1. The wife begins at this stage to take the activation needle that activates the ovary to produce the largest possible number of good eggs to be ready for fertilization.
2. The wife visits the doctor several times at different times until the doctor follows ovulation.
3. When the doctor finds that there is sufficient number of mature egg that can be withdrawn, it sets a date for the procedure to withdraw the eggs.
4. The wife takes the HCG syringe and it works to blow up the follicle that contains the egg until it comes out. This injection is taken before the withdrawal process about 36 hours.

1. Fasting must be performed for 8 hours before ovulation is performed.
2. The wife is prepared in the uniform of the operating room.
3. The withdrawal process takes between 30-45 minutes and the wife is under anesthesia
4. A thin and fine needle is used to pull the oocytes. This is done by observing through the ultrasound device
5. The doctor withdraws one egg every time, and there may be some follicles that do not contain eggs, but there is no problem with that
6. During the same day, a sample of the sperm of the husband is taken to be used to fertilize the eggs
7. It is necessary not to practice the marital relationship for 3 – 4 days before giving sperm sample
8. The doctor then determines the number of eggs that have been suctioned and tells you some instructions to be performed

The sperm are first washed and the sperm excluded. The embryologist then places a group of sperm with each egg and is left until the fertilization process takes place.
After fertilization, the healthy eggs pide. On the third and fourth day embryos are examined genetically to ensure that they are free of any genetic diseases, especially in the case of couples with a history of diseases, but this procedure is optional if the couple desire it
Finally, the best embryos are selected, and the doctor determines a day to return the embryos to the womb of the wife on the third, fourth, fifth or sixth day. This is due to the condition of the fetus. If the embryos are returned on the fifth or sixth day, Complex technology and medical skill to hold it.

The doctor performs the process of return within a few minutes without the need for anesthesia. During this time, the wife can see the embryos through a screen through which the doctor determines where the embryos will be implanted
In order for the doctor to return the embryos, he uses the abscess and inserts a fine thin needle through which he injects the embryos into the uterus and this stage is painless
Usually, 2 to 5 embryos are returned and the number varies according to the status of the embryos and the wife. As for the remaining embryos, they are frozen and used again when the couple wish to repeat the pregnancy
After the process of return, it is preferable for the wife to be lying on her back for a short period of time. When returning home, it is necessary to rest for at least 3 hours, after which the wife can practice her normal life,
Finally, on the 14th day of fetal return, the wife performs the digital pregnancy test to check for pregnancy.

Tips should be followed after returning the embryos

Finally, do not hesitate to consult your doctor if you feel any strange feeling