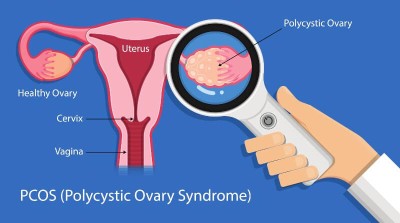 Polycystic ovary syndrome (PCOS) Known as a condition caused by the disorder of the level of reproductive hormones in women in a way that causes problems at the level of the ovaries, to know this problem we must know that the cysts appear in the ovaries, and these cysts are usually harmless, so it can be said that the appearance of cysts in the ovaries does not mean having a cyst, so the diagnosis of this syndrome is done only after a series of tests and under the supervision of a specialist.

PCOS is a pathological syndrome that involves infected a number of different systems including:

They are only bags formed by fluid build-up in a thin membrane inside the ovary. The size of these bags varies from very small to large, to approximately the size of an orange.

Most cases of PCOS are simple and not worrying, and usually affect women during childbirth. Most cases of PCOS are not associated with any characteristic symptoms, but there are some cases where symptoms appear, but these symptoms are similar to others as well.

This means that it is important to consult your doctor if these symptoms are observed in order to undergo the appropriate examination and diagnosis of the condition, and generally include symptoms of PCOS:

1-Irregular and pain in the menstrual cycle

One of the most important symptoms of PCOS is irregular menstrual cycle, in some cases when menstruating, it is accompanied by severe pain, and you may notice that the cycle is more light or heavy than usual.

2-Pain in the pelvic area

If the woman have PCOS, she may notice pain in the pelvic area continuously, which may extend to the lower back and thigh area, and may appear clear before or after your period.

3-The difficulty of intercourse for women

Sometimes polycystic ovary syndrome can cause dyslexia, meaning that an infected woman may experience pain during intercourse and discomfort in the abdominal area after it.

Obesity, weight gain, or even having difficulty losing weight especially in the waistline area.

some women suffer from hair loss as a result of this disease.

6-Problems with bowel movement and urination

This includes pain during defecation and increased pressure on the intestines, as well as a constant sense of need for defecation, and in addition there may be some problems in emptying the bladder completely from the urine.

Also a symptom of PCOS is hormone imbalance in the body, but it is not very common, and hormone imbalance may cause some symptoms, the most important of which is the hair appearance in unwanted places and a change in the size and sensitivity of the breast.

The diagnosis of polycystic ovaries does not depend on a specific test, but rather begins to detect symptoms by tracking the medical history of the woman concerned, including changes in weight, or menstrual cycle, as well as the need for a physical examination aimed at observing certain symptoms, such as excessive hair growth, acne appearance, and any symptoms associated with insulin resistance in the body, so we know that any woman suffers from PCOS by :

There are two main types of PCOS, as follows:

It is the most common type, is harmless and is formed as a result of hormonal changes experienced by a woman's body during the menstrual cycle, and the life period of this type of cyst is often short.

They are less common than type 1, appear for completely different reasons, and may need medical intervention to treat them.

No permanent treatment to remove ovarian cysts, but symptoms can be controlled by a variety of treatments. Options also vary from person to person, which may include:

2-Medications that include: Menstrual regulation (for example, pills or progestin).

5-Use the Surgery: Through a surgical procedure called laparoscopic (ovarian ironing) to treat fertility problems associated with PCOS.

6- In some cases, PCOS affects a woman's fertility, so  IVF be the best solution for pregnancy.

We can’t reduce it, but through proper nutrition and weight control, many women with PCOS can avoid the development of diabetes and cardiovascular problems.

Bedaya Hospital has considerable experience in helping women with PCOS, by working to reduce the symptoms of the disease and help them get pregnant. Hospital’s specialists are also developing a pregnancy program for people with PCOS and helping to solve this problem. 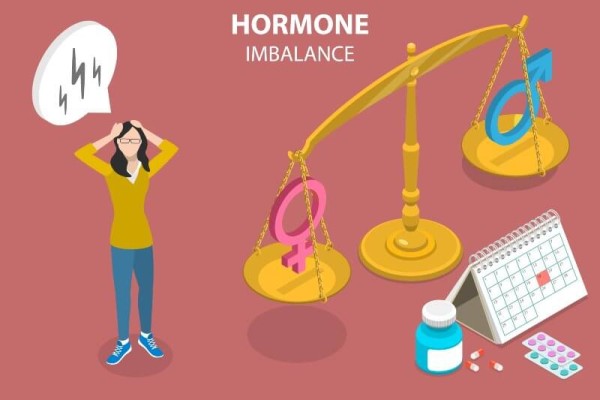 Can I get pregnant with hormonal imbalance? 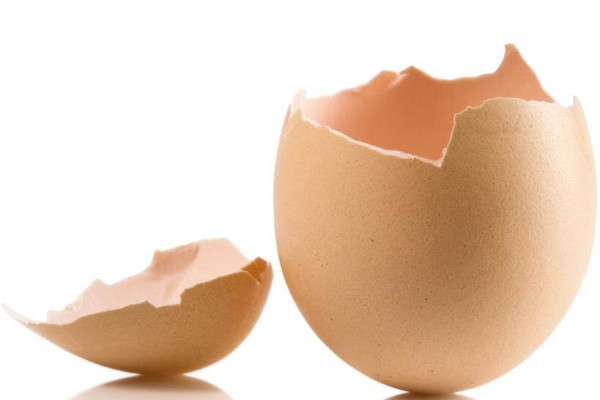 How to treat empty follicle syndrome ?