Transurethral resection of the ejaculatory duct 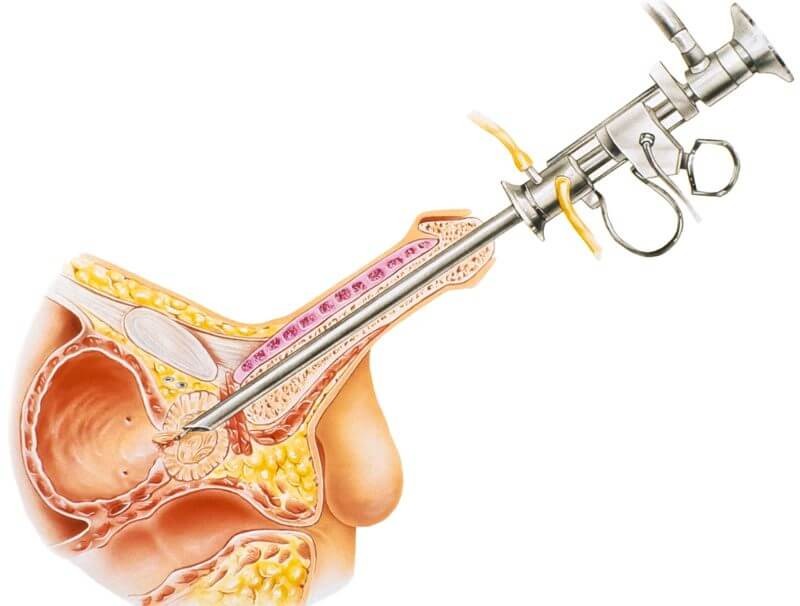 Transurethral resection of the ejaculatory duct

Transurethral resection of the ejaculatory duct; can improve the sperm quality (number, count and motility). If a patient experiences the following symptoms, they should see their andrologist for ejaculatory duct obstruction (blockage);

Ejaculatory Duct Obstruction (EDO) can be caused by

The diagnosis of EDO relies on;

Many patients get scared hearing about the need of doing a TRUS but in the hands of a skillful urologist/andrologist or male fertility specialist you are in save hands!
TRUS shows seminal vesicles, vas ampulla and seminal vesicle dilatation, cysts and calcifications to show the exact cause and location of the EDO.

The most effective and widely used treatment for EDO is Transurethral Resection of the Ejaculatory Ducts (TURED) it also doesn’t give the side effects some of the medication does.

How is Transurethral Resection performed?

The procedure must be done by a skillful surgeon that will not damage the bladder or rectum. The patient will undergo local or general anesthesia as determined by the anesthesiologist and surgeon based on their medical history and condition. TURED is an outpatient procedure that takes about an hour to complete.

A cystoscope will be inserted which will help the doctors to locate the blockage for resection. After resection, your surgeon will massage the prostate after inserting a medical dye into the seminal vesicles and see if it is going to flow normally through the ejaculatory duct.

Some patients will need to place a foley bladder catheter for 48 hours to prevent bleeding. The recovery period is around 7 - 10 days. After two weeks, the doctor will ask you to do a semen analysis to check on the sperm count and motility to make sure the procedure was successful. Sexual intercourse can be resumed 2 weeks after the surgery.