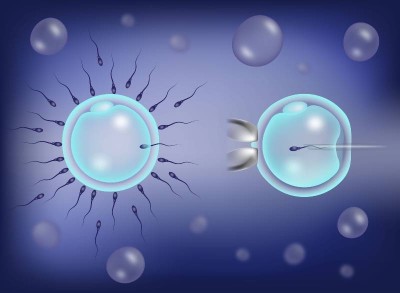 Is ICSI more successful than IVF?

IVF and ICSI they're two ways to improve fertilization. Intracytoplasmic sperm injection (ICSI) is a helping reproductive technology used to treat sperm-related infertility problems, using ICSI to promote IVF by injecting sperm into a mature egg to then place the fertilized egg in a woman's uterus or fallopian tube. Fertilization in about 90% of cases. As with IVF, there are many factors affecting the success of ICSI pregnancy.

What is the difference between IVF and ICSI?

In the IVF procedure, 100,000 sperm cells are collected with the egg cell in a test tube. If a man's sperm quality is insufficient or if there is enough sperm produced, traditional IVF is not feasible.

By contrast, Intracytoplasmic sperm injection (ICSI) is: the advantage of this treatment method is that only one sperm cell is required. The egg is fertilized in a targeted manner by an experienced biologist with selected, fast and visually ideal sperm.

ICSI is very successful to the sperm and it has the ability to help the egg to fertilize, however IVF there are many factors affecting to achieve pregnant like:

Is ICSI more successful than IVF?

We resort to ICSI because this method is one of the latest techniques for the treatment of infertility. ICSI can be recommended if there is a reason to suspect that achieving fertilization can be difficult. It is often used with couples who have delayed reproduction as a result of infertility factors in the husband and wife. Infertility factors can include:

Conditions for the success of ICSI

In general, ICSI is more successful than IVF because the success rate of ICSI in general is the result of a mixture of factors, the most important of which is your choice of fertility center equipped with modern techniques and the adequacy of the medical team in charge of the operation and this is one of the most important features of BEDAYA HOSPITAL.

When we should turn to IVF?

An external fertilization process performed in the dedicated laboratory that pulls eggs from the wife when they mature, integrates each egg with more than 100,000 sperm and puts the fertilized eggs in a special and suitable nursery for pisions. Once the eggs are fertilized and develop into embryos returned to the uterus, this method is called IVF. Due to the high cost of IVF and the steps and preparations it requires, couples often try other fertility treatments first, such as fertility medications or intrauterine insemination.

Infertility problems where IVF may be necessary include:

Couples can also choose IVF if they have a risk of passing a genetic disorder on to their children. The medical laboratory is able to test embryos for genetic abnormalities. The doctor then implants the embryos in the absence of genetic defects only.

Can I get pregnant with hormonal imbalance?