ICSI is one of the well-known fertility treatments and effective Assisted Reproduction Technology (ART) that is widely used to treat pregnancy delays and infertility causes for both man and woman. Most of our cases at Bedaya hospital are treated by ICSI and went very successful and resulted a healthy pregnancy. What is the ICSI procedure?The process 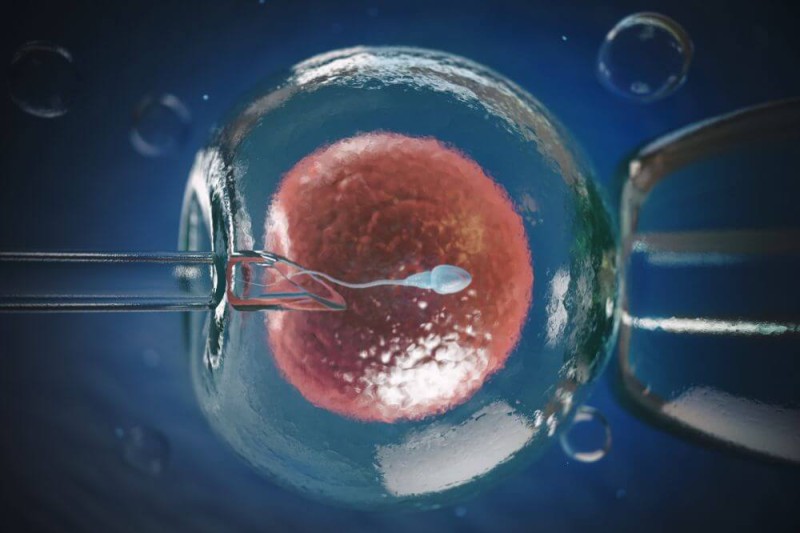 ICSI is one of the well-known fertility treatments and effective Assisted Reproduction Technology (ART) that is widely used to treat pregnancy delays and infertility causes for both man and woman. Most of our cases at Bedaya hospital are treated by ICSI and went very successful and resulted a healthy pregnancy.

What is the ICSI procedure?

The process of fertilization is a bit complicated, and it is more than an egg and a sperm merging. The head of the sperm must attach with the outside layer of the egg, so the rest of the sperm (body) pushes through the inside layer which is called the cytoplasm and this is where fertilization happens.

In some cases, the outer layer of the egg can be thick which makes it hard to be penetrated or the sperm can have weak motility movement or unable to swim and preach the outside layer. In such situations, we have to consider having an ICSI treatment. The process of Intracytoplasmic Sperm Injection is done along with In Vitro Fertilization to make the process of fertilization easier and more guaranteed if any of the couples have problems. ICSI procedure includes injecting one single sperm directly into the cytoplasm of the egg by a precise needle, called a micropipette. Once the egg is fertilized and turned out into an embryo, the doctors let it grows in a laboratory dish for 1-5 days before transferring it back to the patient's uterus.

Bedaya hospital is very well known with its successful Assisted Reproduction Technology (ART) and has very high ICSI successful rate that equal the international percentage of successes. Since the first step you take towards our hospital to go through ICSI journey, you are taking care of by each member of our staff. Before having ICSI, take your time searching and knowing all about risks, possibilities, cost, and success rates. You have to know that:

Failure embryos implantation in the uterus lining after returning is one of the most common obstacles we face in IVF and ICSI programs. It is what patients are suffering from repeated attempts, and in every attempt fetuses with good categories and qualities are returned, but the result of pregnancy is negative, due to the failure of embryos to implant in the lining of the womb for unknown reasons. For these people, science and new technologies have come up with a new way to increase the chances of fetal attachment in the endometrium is to hatch the fetal outer layer by laser.

The egg outer layer in a human female has a vital and important role that may be temporary or permanent as it works as a mechanical barrier that prevents the dissolution of the egg or the fetus by the influence of attacking immune cells or physiological absorption or by the influence of toxic biological materials. And recently, modern techniques in fertilization outside the body shed a bright light on the functions of the egg outer wall\ layer.

Research reached in the beginning of the nineties that performing a hole in the wall \layer of the fetus formed by fertilization outside the body before its return during its early stages of division has increased the chances of embryo attachment and that the possibility of this fetus being damaged and losing its properties if a hole in its wall is made is very weak. While performing a hole in the wall\ outer layer of the unfertilized egg, it exposes it to damage opportunities of up to 4%. This is due to the fact that there is more ease and flexibility in the fetal layer than the non-painful egg wall.

ICSI procedure success rate is high. you can guarantee an 80% success rate. In some cases, the eggs picked up from the uterus can be damaged or might not grow after the cytoplasm injection which makes the ICSI treatment a fail. Usually, if some of these cases happened, we reinject eggs with sperms until it works out.

At our infertility treatment hospital, most of our patients are treated by ICSI, we master the procedure with great technology and techniques which our success rates the higher in the middle east region.

Infertility problems can pass by genetically. So , the risk of your male baby having infertility  issue from his father is there.

Can the ICSI procedure affect a baby’s health and growth?

Patients who had ICSI at our hospital went through a very natural pregnancy and had healthy babies. The major birth defect is not related to any of the Assisted Reproduction techniques at all, it might even occur at normal pregnancy cases. we can say that the percentage of having an unhealthy baby during ICSI or IVF is the same during natural pregnancy cases. Baby defects risks resulted from ICSI do not exceed 1% and it is due to infertility itself and not the treatment used to overcome infertility.

Who should have ICSI treatment?

ICSI is very effective in treating the following cases:

What is the difference between ICSI and IVF?

two of the most effective Assisted Reproduction Techniques are Intracytoplasmic Sperm Injection ICSI and In Vitro Fertilization IVF. The key difference between them is how the egg is being fertilized by the sperm. IVF process includes extracting multiple eggs and sperms to be put in a Petri dish and fertilize on their own. However, the ICSI process is extracting one egg to be fertilized with one good quality sperm by a tiny needle.

Which is better for you?

ICSI is most recommended for male infertility issues like sperm morphology or the low count. ICSI will be very effective and guaranteed since it gives extra assistance to sperm quality. So, if you are confused about IVF and ICSI, both are amazing and effective, but the doctor will choose the best according to your medical history, age, and case.