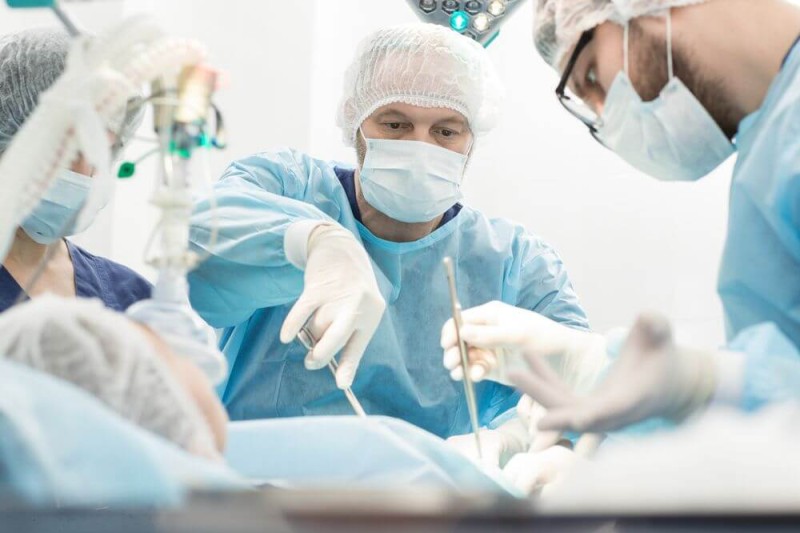 Orchidopexy is also known as orchiopexy, which is a surgery performed to move a cryptorchid (undescended) testicle or testicles from the abdominal cavity to the scrotum and fix it there.

Bedaya Hospital’s surgical andrologist team has performed many such orchidopexy surgeries for children and newborns with an undescended testicle or testicles with outstanding results. Follow up showed that at a later life stage up to 98 percent had an unaffected fertility after having performed an Orchidopexy surgery.

In embryological development (the development stage of a baby inside the mother’s uterus) the testes develop in the abdomen to migrate downwards and inside the scrotum by the end of the second trimester.

Occasionally after birth examination shows that one or both testes did not descend into the scrotum accordingly. This is called cryptorchidism or undescended testicle/s.
The testicle/s could still descend naturally in the first months after birth but if this doesn’t happen by 9 months of age it is unlikely it will and orchiopexy surgery should be performed as soon as possible to place the testis in its natural place.
Parents sometimes worry about putting their child through surgery at such a young age and prefer to wait until their child is older however the longer you wait in performing this procedure the higher the risks are for the following;

Orchidopexy surgery is performed to move the testicle that has not descended into its proper place in the scrotum. This descend should have occurred naturally before birth of by the first nine months of age.

When your baby is about to undergo general anesthesia, some instructions will be given by the treating doctor that must be followed; Fasting of at least 6-8 hours before the surgery is necessary!

A bilateral orchidopexy is when both testicles didn’t descend into the scrotum and the above surgical steps are performed on both sides not just at one side.

The reason doctors insist to bring down the testis/testes before puberty is since the longer the testis/testes remain in the abdominal cavity the more damage can occur to the tissues that produce testosterone and where the sperm cells are formed this will have a negative impact on male maturation and fertility.